There’s a restrained beauty about an all-white space; it’s a sophisticated refinement that awes in its absence of color. And, depending on accent features, furniture, and fabrics, the effect can feel warm and welcoming or modern and minimalist.

“White spaces are serene and provide a neutral setting for other more subtle items in the room to shine,” says Amalia Graziani of Noor Property Group, a Manhattan-based real estate development firm. They also create a blank canvas, says Phillip Thomas, founder and principal of Phillip Thomas Inc. in New York City. “You can build a story within the space,” he says. Creating an inspired design is all in the details. 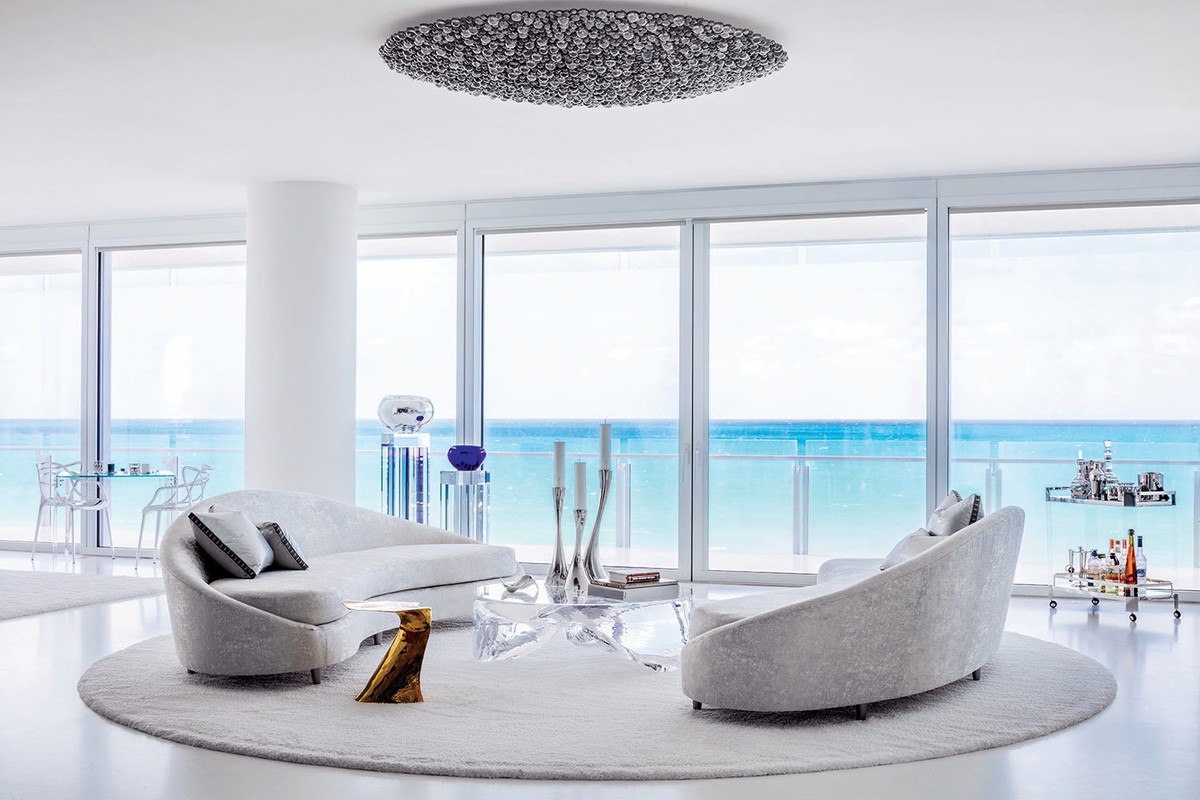 Playing with different tones of white and cream can keep the room from feeling too stark, says Rome, Italy-based architect and designer Achille Salvagni. He suggests incorporating prints that combine shades of either white or cream on the walls, in the upholstery, or even on the floor. “Small or subtle pops of color or metallics introduced into the room, that come from art and accessories, also add warmth and a level of sophistication,” Salvagni says. “I like to use a warmer white on the walls paired with brighter trim and a cooler ceiling,” Graziani says. “Subtle contrast makes the space feel much more inviting.”

Warming up the room and adding dimension is a matter of texture. “Texture is key in keeping a white space from lacking soul,” Thomas says. “Texture reflects light—both natural and artificial—in different ways, and light excites the eye.”

Salvagni prefers materials such as cashmere, boucle, sheepskin, and mohair, particularly for upholstery, to add warmth, depth, and a sense of comfort. For carpeting, he opts for a plush, warm-toned silk. “I love the idea of complementing a white ceiling and all-white walls with a printed carpet that combines different shades of white and cream,” he says. Hand-knotted and handwoven rugs add sophistication and a sense of luxury to a space, says Lance Thomas, co-founder of Room Service, a fine furniture and interior design firm in Lake Charles, La. “I personally like to contrast the style of my rug to the furniture that sits on top of it,” he says.

Graziani prefers chunky sisal rugs for warmth and texture to offset cool walls. She also loves the contrast of a rough linen weave alongside softer materials such as cashmere and boucle. But texture is not just found in textiles. Lance Thomas recommends wallpapering walls in suede or introducing a lacquered finish on a side table. 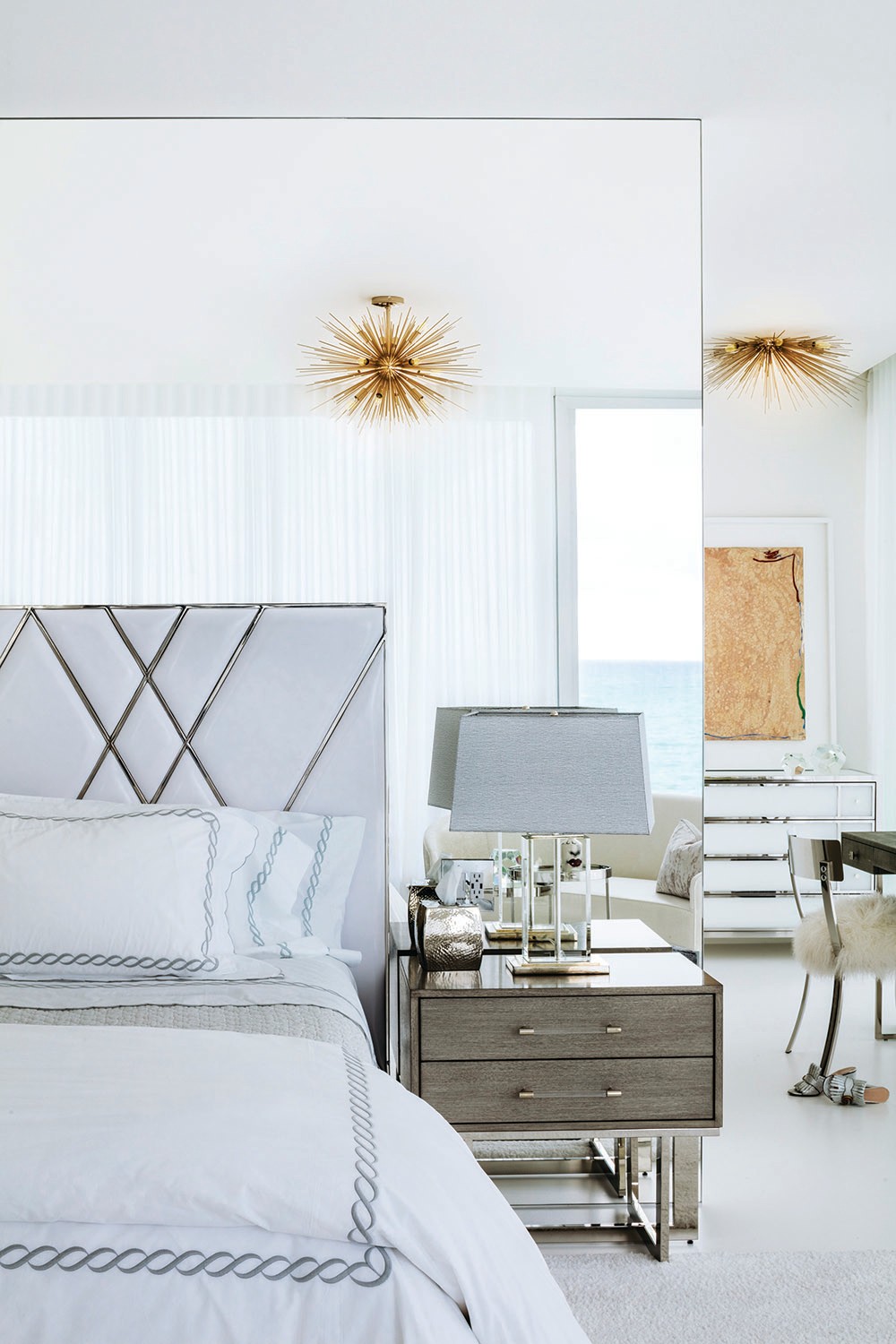 Finishes such as metal play a significant role in achieving an impactful all-white space, Lance Thomas says. “Matte black or iron hardware and fixtures can add stark contrast and a contemporary spin on the space,” he adds. And contrast is a powerful tool. “When the eye sees the truest white and the truest black in a space, all of the other variations of white become richer.”

Given the neutral nature of white walls, there’s a chance to play with interesting hardware and doors, Graziani says. “Sharp stainless door handles, antique glass knobs, or a bold door will shine in an otherwise understated room,” she says. For instance, in one of the white rooms she’s designed, she added three sets of double French doors in place of conventional doors to add depth and reflection. “Adding structural details such as bold beams, chair rails, and paneling also elevates the space and creates dimension,” she says. And don’t forget about greenery, “not only for its vibrant color, but to add a sense of warmth, calm, and fragrance to a space,” Lance Thomas says.

Layering is another important tool. “An all-white space looks best when it feels collected over time,” he adds. For example, a mid-century coffee table would play nicely on top of an antique rug. Or, he recommends framing a vintage piece of art in a contemporary lacquered frame. His other musts: a healthy mix of patterns, patina, and personality, wood furniture, at least one antique—even in a contemporary space—as well as a custom-tailored piece. “When a space feels collected, it creates intention,” Lance Thomas says.

In terms of shapes, Salvagni suggests round and organic forms for sofas, chaises, coffee and dining tables, and even carpets. “These round and organic shapes will accentuate the coziness of the room,” he says. 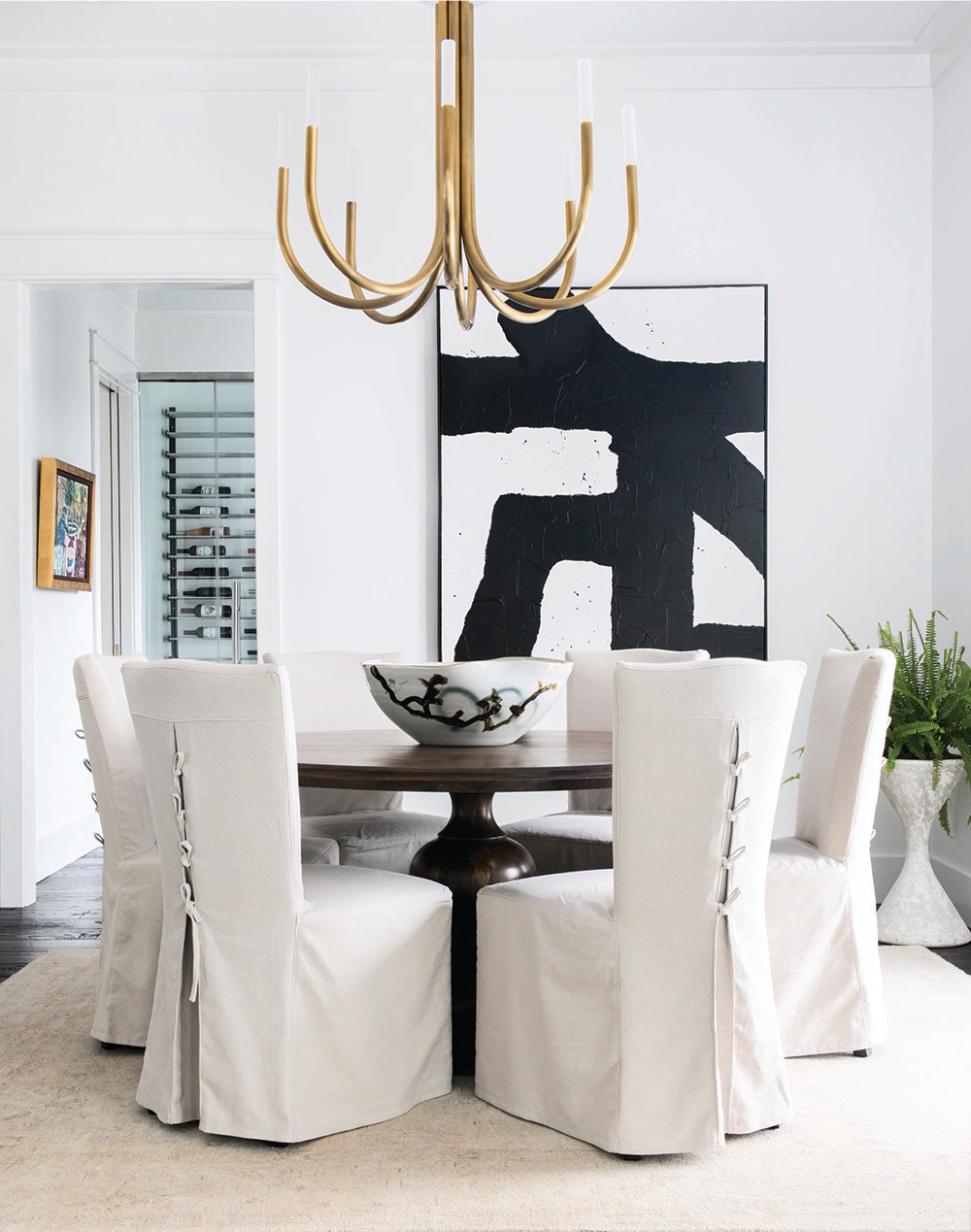 LET THERE BE LIGHT

“Lighting is probably the best way to add another dimension and elemental layering,” Salvagni says. The first thing he looks for is to add warm-hued lighting as well as an appropriately proportioned light fixture. “This will create the dimension needed to enhance the ambiance in the room, and when done correctly, always helps to keep a room feeling warm and looking elegantly stylish,” he explains.

“Ambient lighting is a wonderful way to intentionally create depth through highlights and shadows,” Lance Thomas adds. “I love the way a pair of wall sconces can cast shadows onto the ceiling and highlight slivers of surrounding furniture.”

Incorporating multiple sources of light helps a room feel more inviting, Graziani says. “Instead of relying on a central pendant or chandelier, incorporating soft secondary sources of light, such as picture lighting and task lamps, can make a big difference,” she says.

Published on November 3, 2020 by Mrinalini Atchia 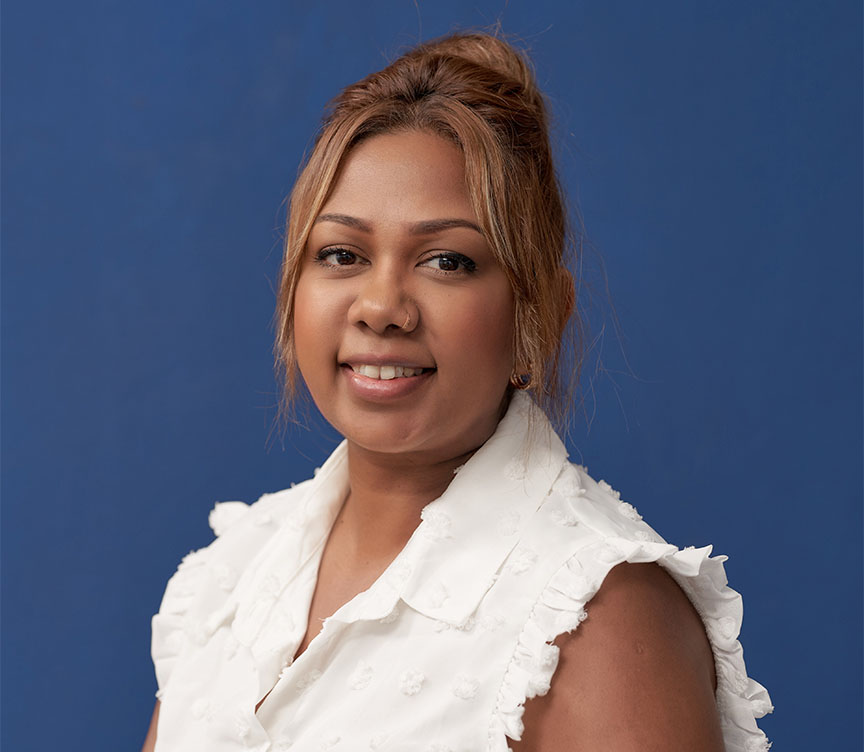 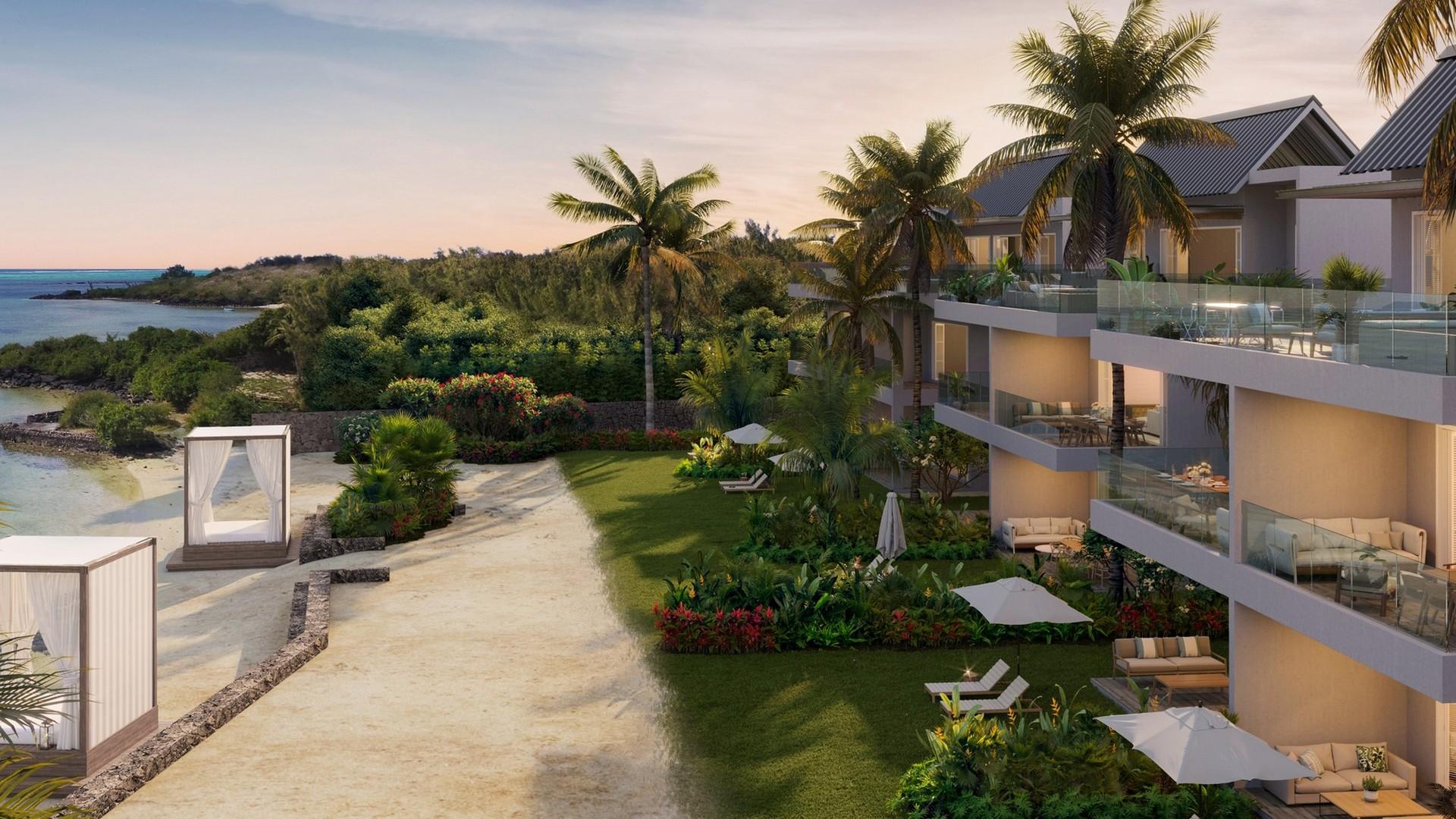 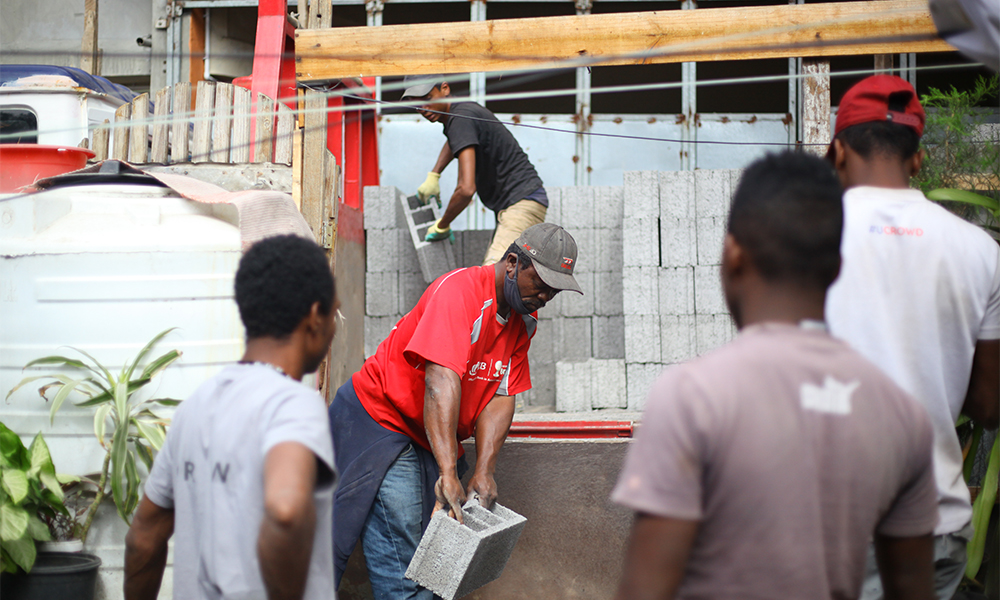